Published in the Providence Journal
Written by Daily News Staff

TIVERTON — Several weeks back, the Tiverton Police Department received a report from a citizen about her son’s stolen bicycle in the area of the Pocasset Recreation Area.

And while the bike never turned up, the story has a happy ending.

“The resident was understandably upset and made appeals on social media to help recover the bicycle,” Tiverton police wrote in a social media post. “Officer Ryan Huber investigated the theft and even went to local businesses to review video in the hopes of finding a lead to recover the bicycle. Unfortunately, we were unsuccessful in recovering the bicycle. So we figured the next best thing was a brand new bicycle WITH a lock!” 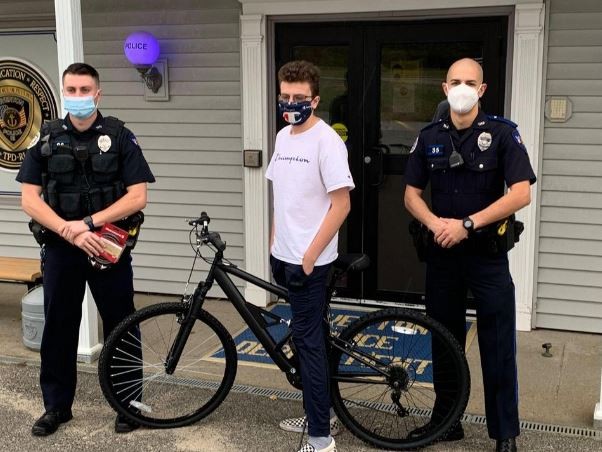