Southwick K9 officer Jax led police to a storage container in Agawam on Oct. 21 when he discovered 200 pounds of marijuana and $1.2 million in cash

An identification of the party renting the storage unit was made through the rental records, and police brought that information to Westfield District Court where a warrant was issued for the arrest of Dennis L. Blair Jr., 38. Detectives parked near his home on Shepard Street in Westfield and pursued him when he left. Officers pulled Blair over in Agawam and arrested him for operating a motor vehicle with a suspended license.

Blair appeared in Westfield District Court before Judge Paul M. Vrabel who accepted Blair's guilty plea to operating a motor vehicle with a suspended license. He was fined $500.

Police have not been able to connect Blair with the suspect who fled, and he may not have any connection to the seized drugs and money. 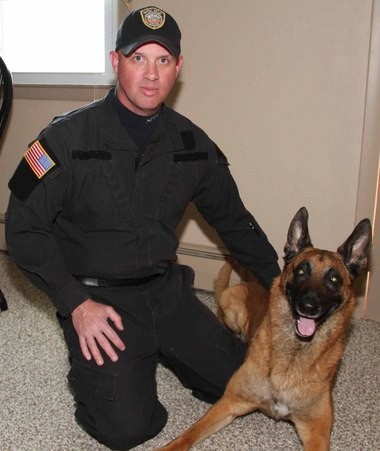 We can either have democracy in this country or we can have great wealth concentrated in the hands of a few; but we can't have both.