(Quincy, MA) NAGE National President, David J. Holway expressed his thoughts on an inappropriate cartoon regarding a police officer that ran over the weekend.

“The recent cartoon on your editorial page depicting public safety officers as murderers is not only offensive and inflammatory, but counterproductive as well. Just as leaders across the country are trying to calm racial tensions, your paper decided to go in the opposite direction. There are over 700,000 public safety officers across the nation facing assassination weekly. Your cartoon unnecessarily inflames an already difficult situation. I strongly urge you to stop attacking police officers.” 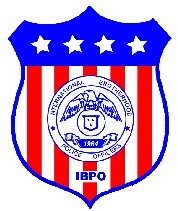 Cartoon published in the Boston Globe