The leaders and members of IBCO Local 297 successfully stopped a challenge by rival NCEU to continue representing correctional officers in Berkshire County, Massachusetts.

“I want to thank all our members for being smart enough to know when they were being bamboozled and not falling for it,” said Local R1-297 President Robert Skowron. “I’m excited about our future and we’re going to represent our members to the best of our ability.”

Earlier this year, NCEU began circulating half-truths about supposed IBCO shortcomings and promising Local 297 members better representation. Showron and IBCO Representative Robert Dickson began a letter-writing campaign to debunk the alleged rumors. They also put forth a formidable campaign highlighting the services they receive through IBCO and the tangible gains they’d made through their years of membership. After months of hard work, the IBCO won the election in late April.

Local R1-297 is currently in the first year of their contract with the second year beginning July 1, 2015. Congratulations to IBCO Local R-297 for all their hard work! 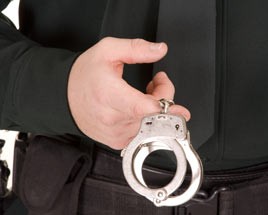